Rebuilding the Crown on a 1970's Stained Glass Lamp

This lamp had a great deal of damage, particularly to the crown.  Here's the repaired lamp .. And below that is my process for repairing it .. 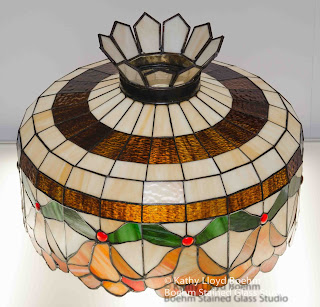 Here's how the lamp came to me .. Very dirty and with major damage to the crown and also several cracked pieces in the side. 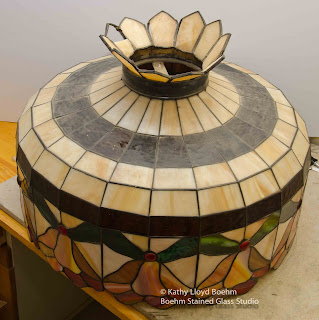 Here's a view of the mis-shapen crown. 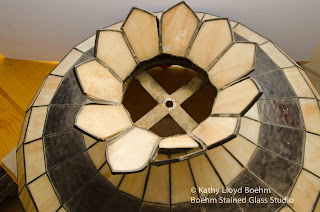 Several pieces of glass within the crown were cracked, but a handful were salvageable. 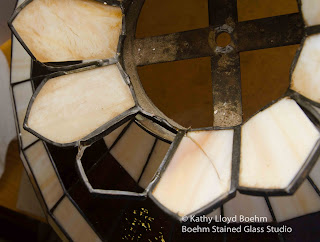 Another view showing a missing piece of glass in the crown, and a cracked piece. 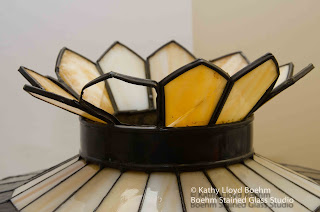 After weighing the options, I decided to remove the crown and completely re-build it.  I've numbered each piece of glass.  Here I'm pressing outward to loosen the solder which adheres the crown to the ring. 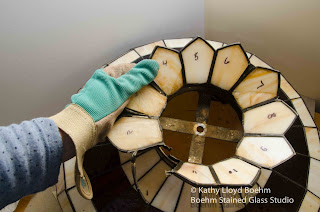 Now the old crown is detached.  Before I went any further, I gave the lamp a very thorough cleaning. 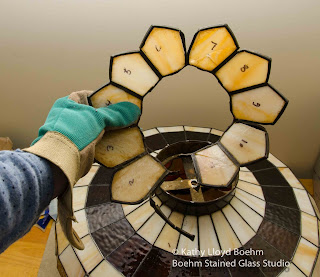 I took the few glass pieces which were re-usable and ground the edges as shown. 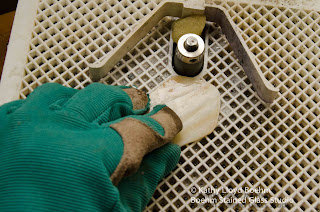 Then I matched the glass .. Most lamps of this era use a common amber and white opalescent glass which I always try to keep in stock.  I had the perfect match. 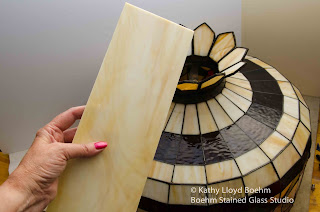 Here I'm removing the re-usable pieces and giving them a very thorough cleaning and brushing. 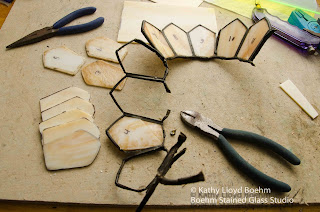 I'm using one of the salvageable pieces as a template to trace new ones. 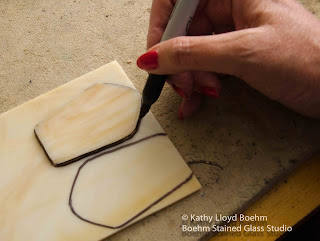 Here is a mix of old and new crown pieces.  I'm wrapping them in thin zinc channel, as was done in the original construction. 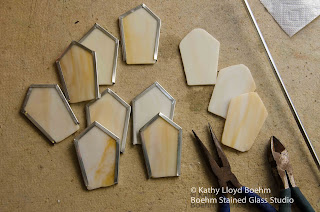 Moving on, I turned my attention to the cracked pieces along the side. 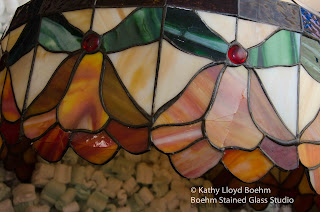 I'm in the process of removing the cracked pieces.  Here I've taken out two border pieces and half of the pear. 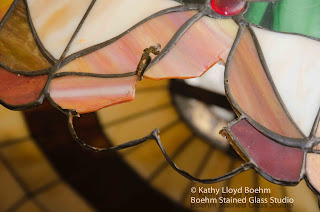 After all three cracked pieces are out, I made a paper template for each one by tracing the opening onto Manila folder paper.  Here I'm tracing the pear.  I 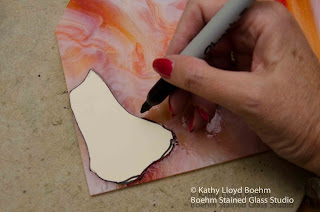 After all three cracked pieces are out, I made a paper template for each one by tracing the opening onto manila folder paper.  I've already made and used templates for the two border pieces to cut and re-solder new replacements. 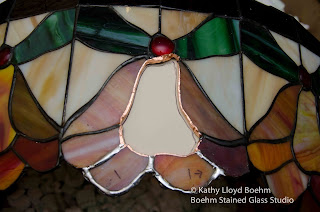 Here I'm using the template to trace a new pear.

Here are the pear and the two border pieces, replaced and soldered. After soldering, I carefully clean it off. 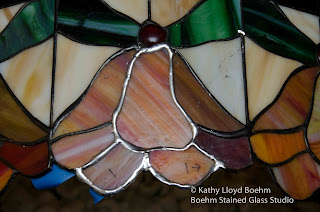 Now I'm applying black liquid patina to the solder, which reacts instantly.  After it sets for a while, I carefully clean it off. 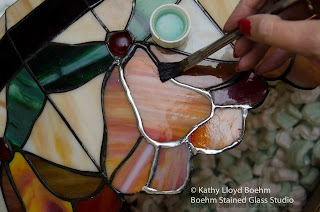 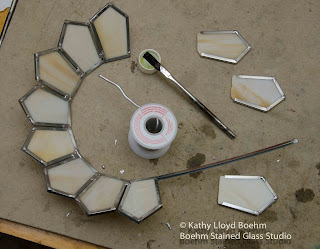 The new crown is complete. 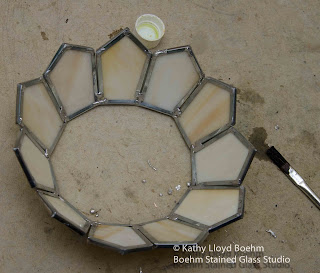 Here I've soldered the new crown to the ring.  Soon after, I applied black patina.  The final steps were to clean the patina-ed areas, let it dry, and apply wax to the entire lamp. 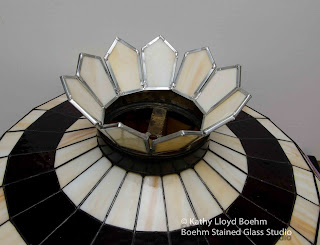 Now it is clean, shiny and re-built and ready for many, many more  years of enjoyment!  Special thanks to Joan of Wyckoff Lighting for sending this repair my way! 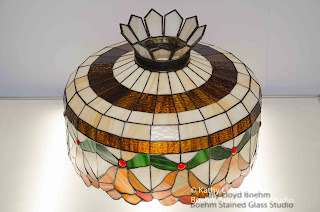 For more information on other projects, please click here to visit my website.
If you're on FaceBook, please "like" my page to keep up with all the latest projects.  Thank you!
Posted by Kathy Lloyd Boehm ... at 1:56 PM